In this brand new series of SAS Who Dares Wins, 25 civilian recruits will be pushed to their limits in the extreme and unforgiving terrain of the Atlas Mountains in Southern Morocco. Over five thrilling episodes the recruits will be thrown in at the deep end as they endure punishing tasks derived from actual Special Forces Selection. Meet Glenn, one of the 25 recruits, a Welshman and Welsh speaker, who features  heavily in the series. 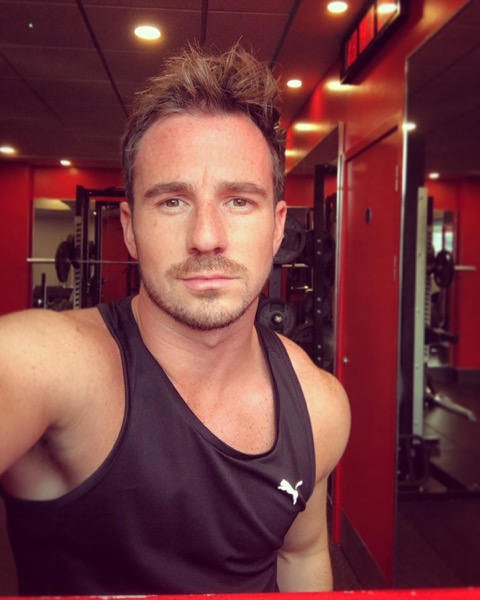 Background
Growing up in the Rhonda Valley in Wales, Glenn lived with his mum, dad and one sister. Having attended a Welsh-speaking school from an early age, Glenn is bilingual.

Having a close relationship with his family growing up, Glenn was introduced to line dancing by his parents who both taught it. Glenn’s dad had a big influence on his dancing career and he attributes his success to the time and effort his dad invested in him from an early age.

Coming out as gay at the age of 18 was a difficult time in Glenn’s life. The subject of his sexuality was largely ignored by his parents, who Glenn says didn’t deal with the news well. Glenn says that at the time, growing up in the Rhonda Valley, it was very difficult for him as there were no other gay people. He often felt very lonely with no one to talk too. It’s taken sometime but now Glenn’s relationship with his parents is a lot better and he has even introduced them to his boyfriends in the past.

Leaving the Rhonda Valley aged 21, Glenn moved to London with the ambition of pursuing a career in business. Initially upon his move Glenn struggled to settle into life in London feeling very lonely and homesick. However, after enduring this phase Glenn now has a large group of friends and lives with two of his best friends in a flat share in Clapham.

Motivation
Glenn would love to see a gay man participate in the series and win it. He wants to show that sexuality doesn’t make any difference, he wants to show that he can do anything a straight man can do. Glenn thinks physically he can get through, mentally he thinks he will find it hard. However, he is determined to not give up.

On The Course
Throughout the course, Glen completes evert task really well, keeping his head down, a quietly confident member of the group. In the early part of interrogation he has a wobble and receives a pep talk from the umpire so agrees to keep going. He goes on to do well in interrogation but near the end he reaches his limit and VW’s to Ant. In an emotional exit chat with Sundeep he says he ‘has nothing left to prove anymore’ and leaves with his head held high. Despite initially saying he needed to prove himself on the course 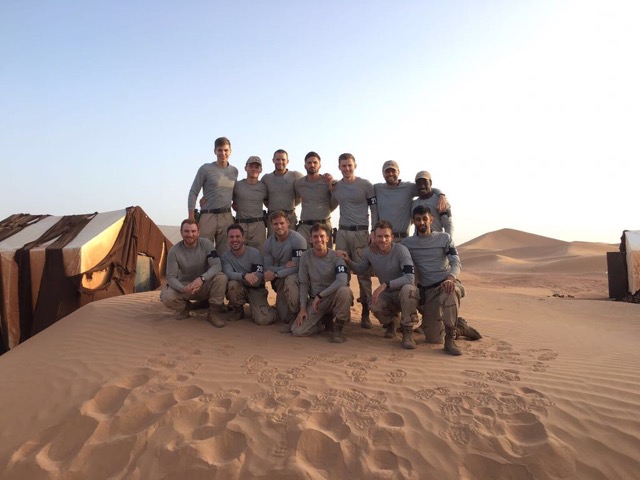 Series Info
This year, Chief Instructor Ant Middleton and his Directing Staff (DS) Foxy, Ollie and Billy are intensifying the course – adding twists and turns to the tasks in their quest to find men who are willing to drive their bodies and minds to the edge. This condensed version of SAS ‘Selection’ is the closest civilians can get to actual Special Forces training.

The DS and recruits will be based in a makeshift training camp inside a 150 year-old Kasbah in the foothills of the Atlas Mountains. The soaring temperatures, surrounding arid landscape, vast mountains, canyons and deserts all trigger memories of the environments where the DS have fought during recent wars. For them, this is the terrain of modern warfare.

As the recruits progress through the course, they will discover harsh truths about themselves whilst revealing and facing their fears. As they are stretched to their limits, the underlying issues of masculinity and men’s mental health emerge as strong overarching themes. For many taking part, this will be a life changing experience, but who amongst them has what it takes to make it through to the end?

Episode 1 – Pressure:
In episode one of this new series of SAS: Who Dares Wins, a group of 25 men are sent deep into the dramatic and unforgiving terrain of the Atlas Mountains in Southern Morocco to see if they have what it takes to pass a unique version of SAS Selection. From the very beginning, the ex-special forces instructors apply the pressure when the recruits face jumping from a moving helicopter into a huge lake below. Through a series of extreme and pressurised tasks, including crawling across a vast canyon on a single tightrope, the men are challenged to confront their fears and reveal their true self. It is only by discovering who these men really are that the instructors can identify those with the strength of character they’re looking for. Through the stories of two of the recruits, what this episode reveals about men’s mental health and masculinity is universally significant.