With a passion for street and documentary photography, Paul John Roberts and has trained with the best, so it’s no surprise he’s making his mark in the photography world. 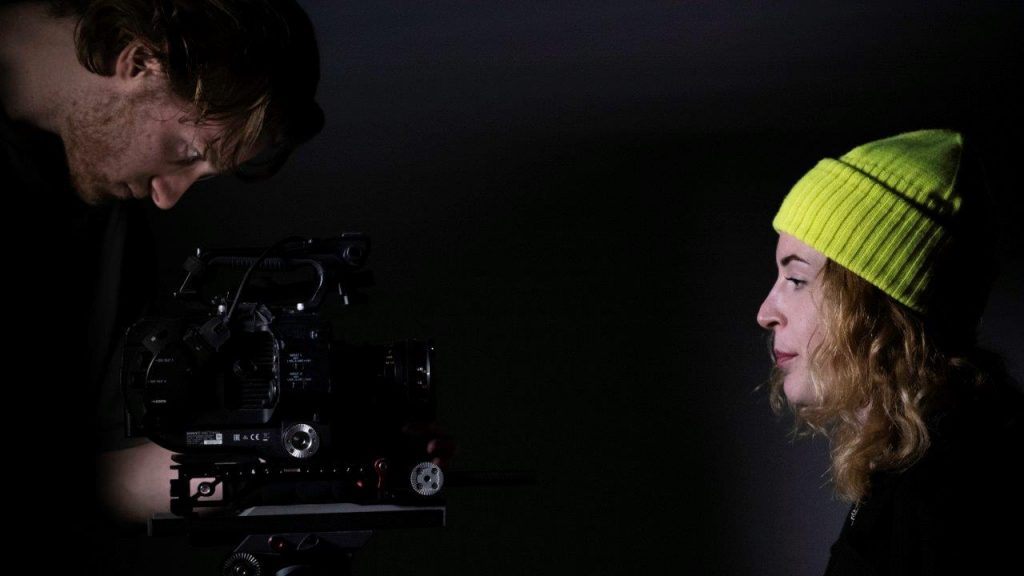 Tell us a little about your background…
I’m Cardiff born and bred and raised by my Mum and Grandmother in a strict Roman Catholic household. I went to St Illtyd’s High School which at the time was all boys and run by the Illtydian brothers who liked to enforce discipline with a cane. I’m a proud father of three, a reluctant empty nester and currently live in the Vale of Glamorgan.

When did you first become interested in photography?
As a teenager in the late seventies I was inspired by my photojournalist uncle from London who was an innovative photographer of F1 cars – his pal was Sterling Moss and they devised early ways of attaching cameras to cars to get certain shots. He always showed an interest in my education and wellbeing.

I started going to Llanover Hall Arts centre (which still exists) in Canton, Cardiff and they had really good photography teachers, Terry Dimmick and Steve Benbow. I started shooting around the streets with the cheapest plastic camera and learnt how to develop the black and white film I’d shot with it and make prints in the darkroom. 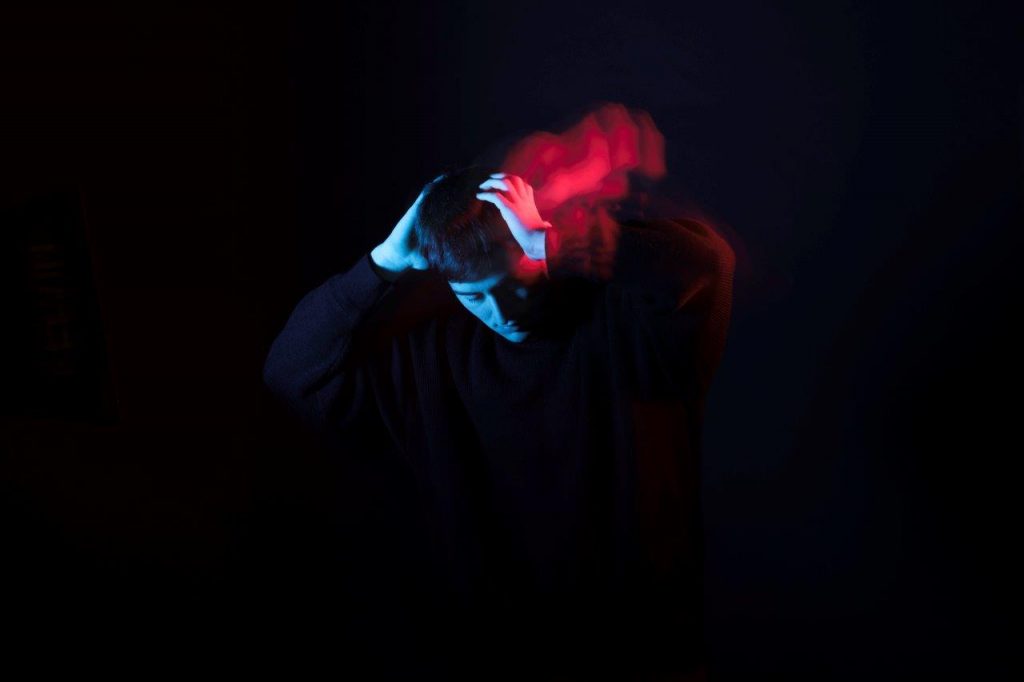 Is photography your occupation or a hobby?
Photography has always been a passion for me. I’ve never, until now, been a professional and have always enjoyed it not having to think about satisfying a client. The time came, a year ago, when my youngest child left the home to go to Uni. I knew when this point came in my life that it would be a time for reflection and, on reflection, I returned to my teenage passion of photography.

Coincidently I was offered a small redundancy package around this time and so some of the redundancy money I used to train with the Magnum Photo Agency in Paris for the last year. I worked with and trained with some of the great names in photography in this enriching period. Now I find myself being a professional photographer and enjoying the experience immensely. 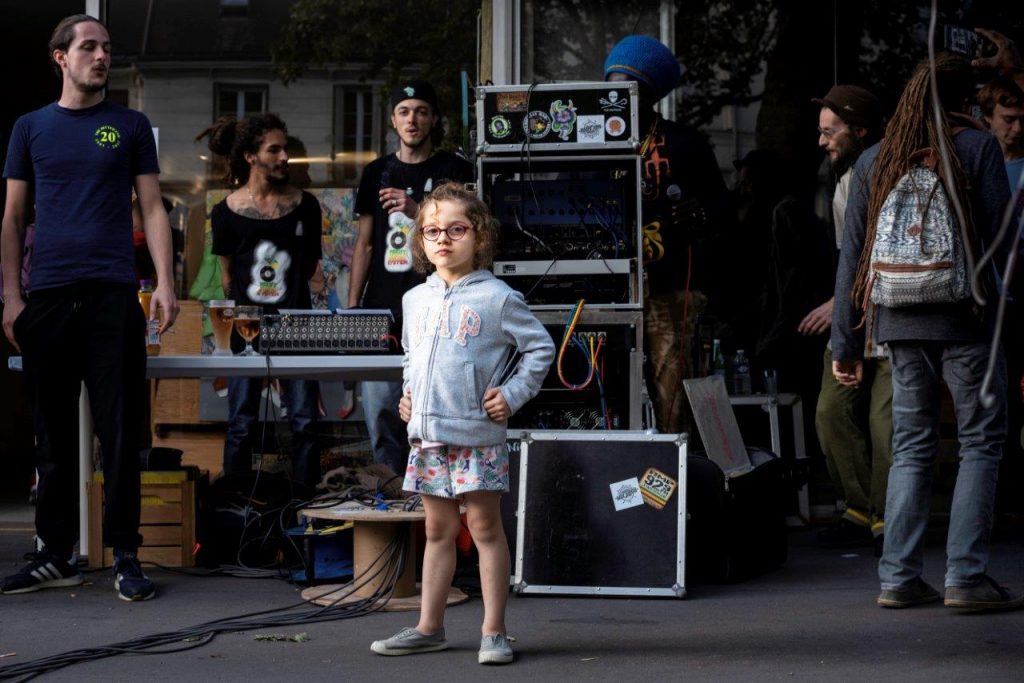 What work do you enjoy doing most of all?
I enjoy documentary photography as it can cover such a wide array of subjects and deals with real people, situations and their stories. Some examples of the variety of subjects I’ve dealt with in the last year are: 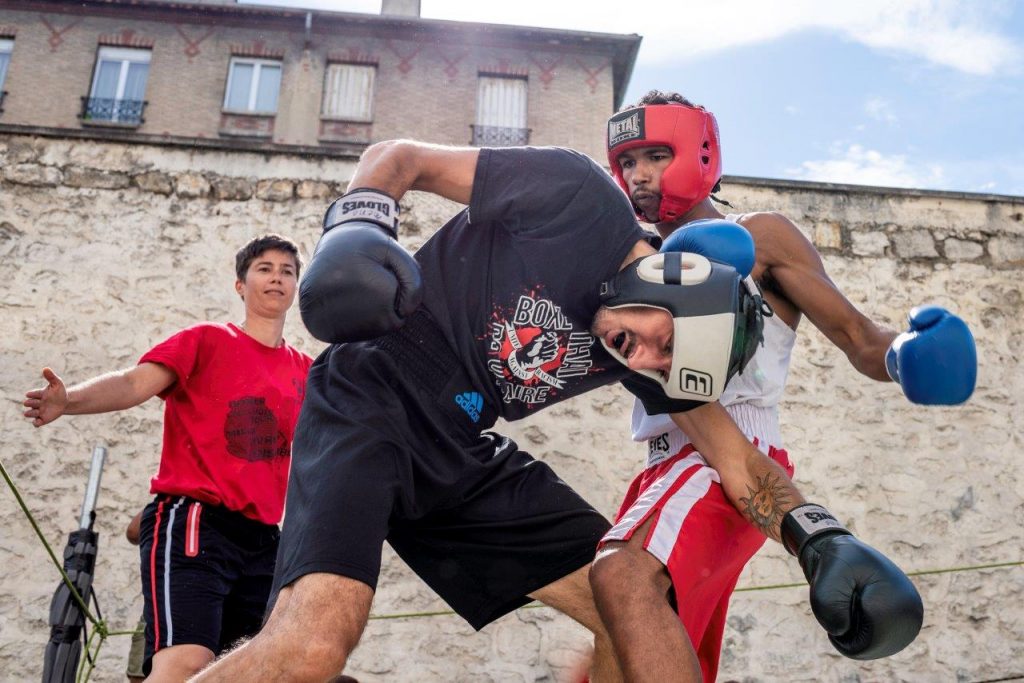 Vaydum
This is the name of an office block in Paris squatted by some ‘black bloc’ anarchists who house asylum seekers there. I found out about a boxing gala they had arranged and went along. I managed to get the beginnings of a story there but it was towards the end of my time in Paris and I had to return to Wales to help re-establish my mum back into normal life after spending six months in hospital. This type of story takes a long time to build as it is a very sensitive situation and time is the only way to build trust. 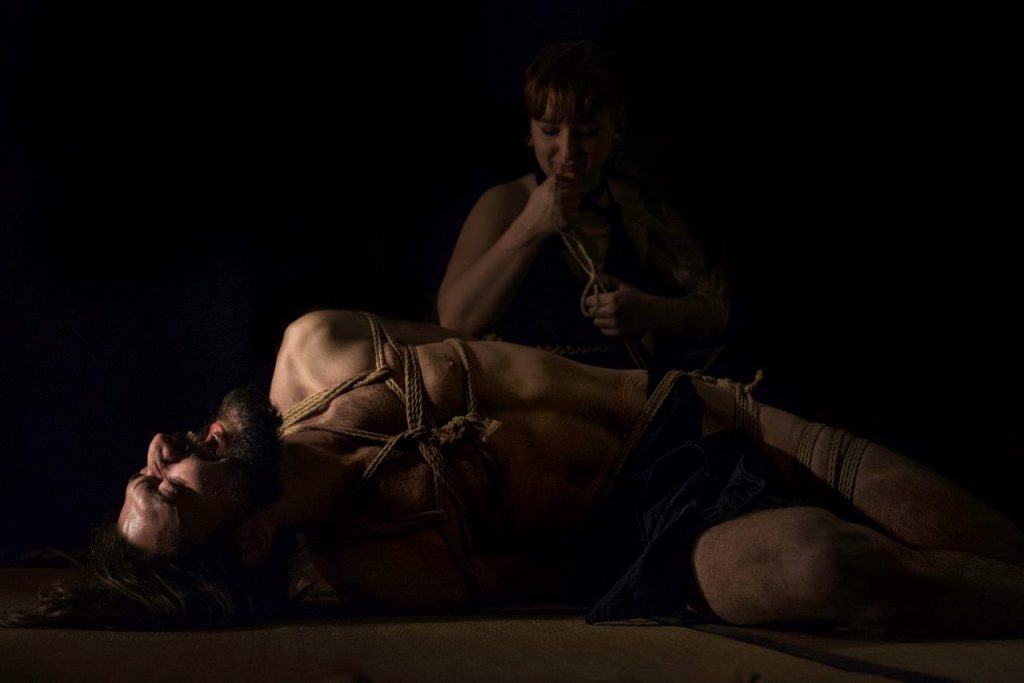 Shibari
Another sensitive subject I dealt with in Paris was rope bondage. There was an organisation called ‘Place des Cordes’ (now closed) where they taught and practiced the Japanese art of Shibari. I chose this subject as a referral from one of my teachers. I wanted to get an understanding of why they did it. You’d think initially that it was about sex but in the six months I visited them, getting to know the characters, I never once saw any sexual activity and learnt that it was about many other things as well as being intimate. 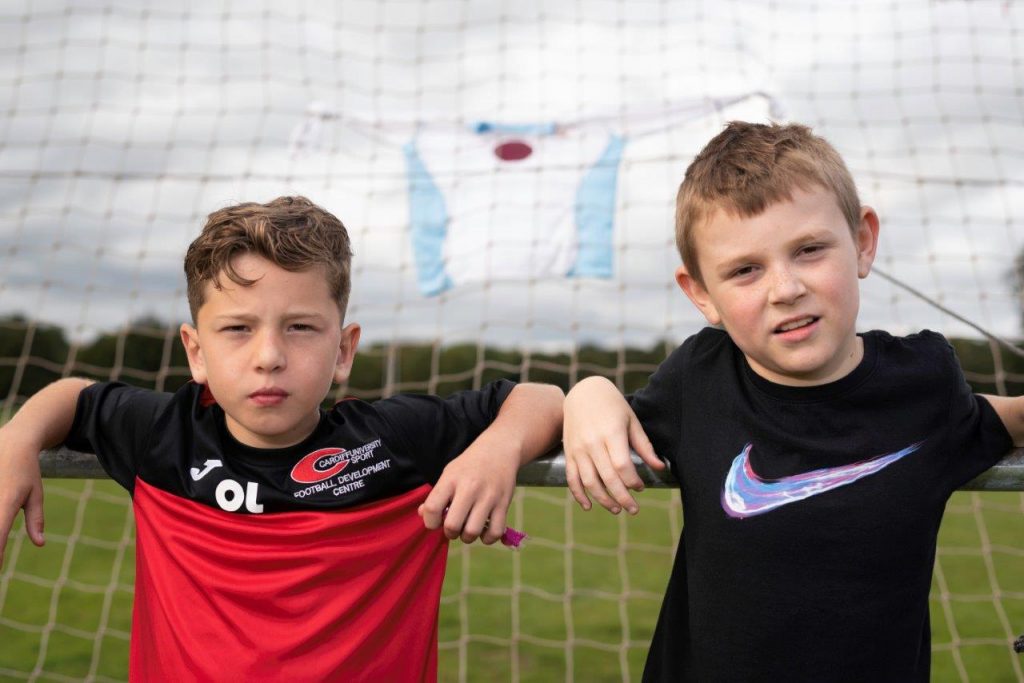 Sepsis
Once back in Wales I was invited to photograph a commemorative football match for Shane Wadsworth, a 29 year old father of two that died of sepsis. The Sepsis Trust are attempting to drive the awareness of this little known blood disorder as it can be curable if caught early enough. By photographing the families and telling their stories it is hoped that awareness will increase.

On a lighter note I enjoy photographing behind the scenes on video and film productions. Recently I shot stills for a music video filmed in South Wales for James Yorkston (a Scottish folk singer). It went from the sublime to the ridiculous and was such fun.

I’ve learnt to enjoy the bonding process of photographing portraits. I never thought I’d enjoy this “set up situation” as I’ve always looked for the spontaneous, unique moment, the ‘Decisive Moment’ as one of Henri Cartier Bresson’s books was called. I think portraits can be another good way of telling a person’s story.

Your website is full of quite exotic places – do you travel a lot with your photography work?
I’m actually really under traveled and intend to rectify that.

Which photographers do you admire?
There are so many great photographers. As a teenager some of my heroes were Henri Cartier Breton who was like Federer is (I like tennis too). The excitement of war as a teenager caught my imagination in the form of Don McCullin and his brilliant attitude towards life. I love the work of Martin Parr for his satirical and anthropological look at life. Sebastião Salgado is an immense photographer who looks at humanity in a unique way and his images have biblical proportions.

Do you have a favourite shot?
Of mine? No. 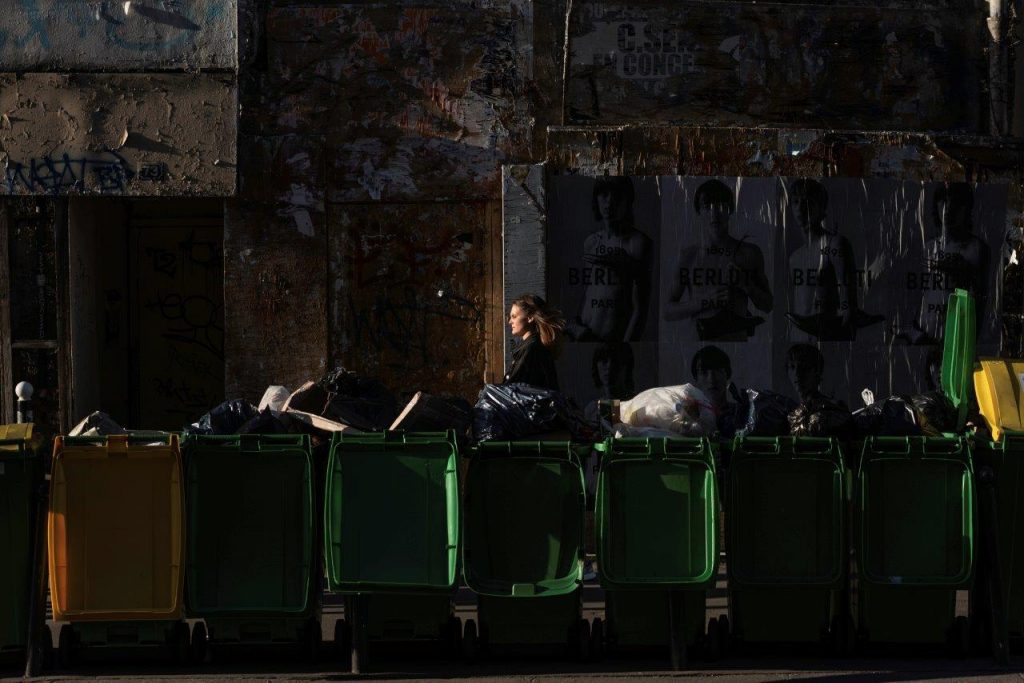 “Paul says he doesn’t have a favourite shot but I found this in his folder and it’s titled ‘favourite shot’. It may not be his but I really like it.” Mark Roberts, Creative Director 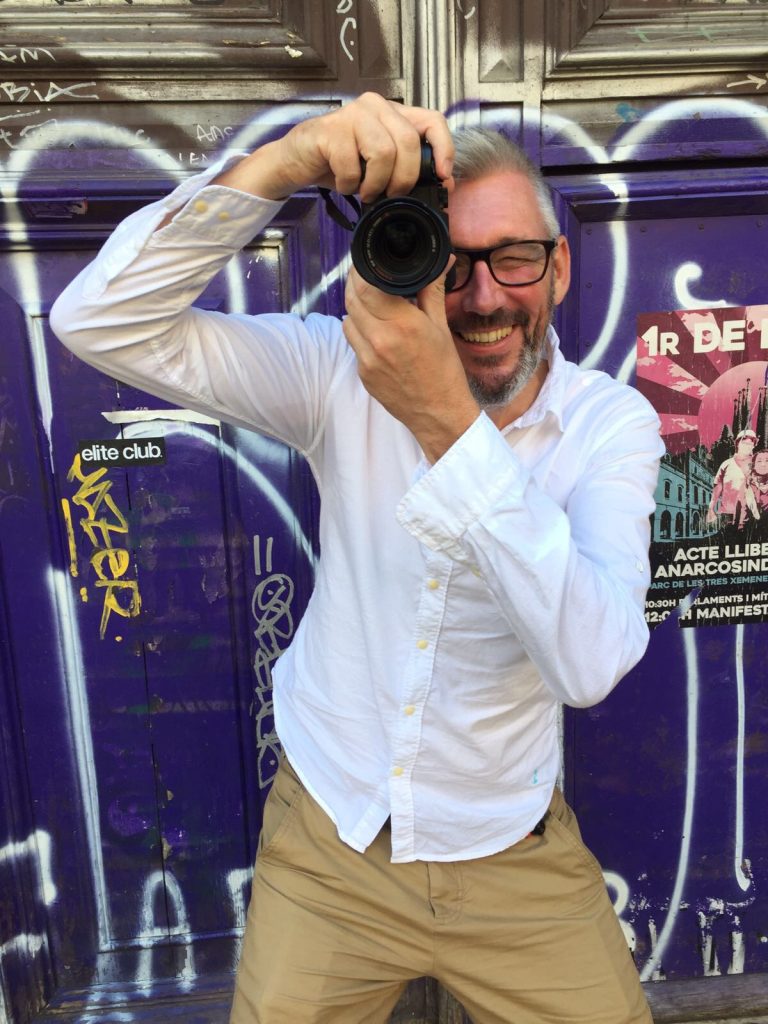 What advice would you give someone starting out or who wanted a career in photography?
That is hard, as everyone is different and have different roads to travel. David Hurn said to me once: “Become an expert in something and then use photography to illustrate your point of view”.

Image is everything. Does your business need branding?
With over four decades experience designing companies logos, the talented team at Cog Creative could put your business brand firmly in the picture. With affordable rates and payment plans, Cog Creative understand cash flow too so, in these challenging times, putting a brave face on your business shouldn’t cost it an arm and a leg.