Wales Millennium Centre is delighted to announce the casting of Welsh musical theatre graduate Vikki Bebb in its most significant production to date, Tiger Bay the Musical. 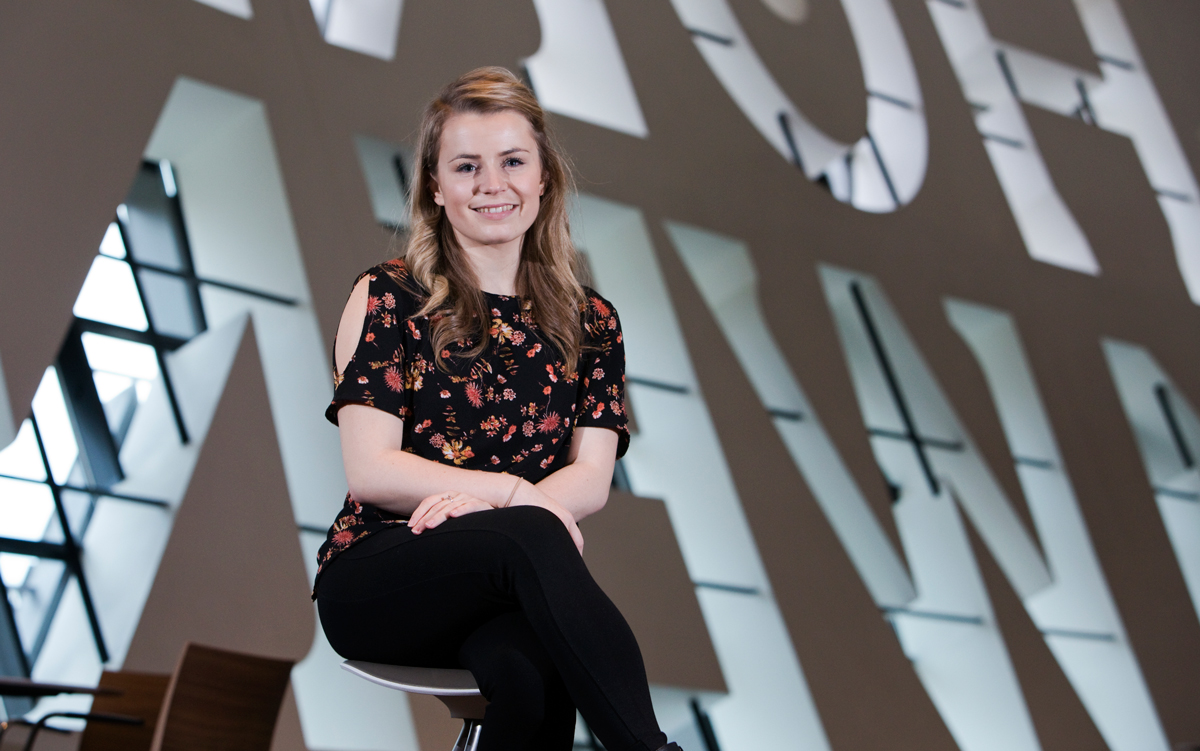 Vikki, a valleys girl from Abercynon and graduate from the Royal Welsh College of Music and Drama, will play the character of Rowena Pryddy, also a valleys girl, fighting for her place in the world, looking for true love and aspiring for prosperity. This will be Vikki’s professional début in a major role in musical theatre.

A Wales Millennium Centre production in association with Cape Town Opera, Tiger Bay the Musical takes us back to the early 1900s in old Butetown, the docklands and Cardiff city centre at an extraordinary turning point in history, when coal was king and the industry booming.

In this epic tale of opulent wealth and grinding poverty, Rowena longs for a future away from David Morgan’s shop floor and its boarding house in central Cardiff. Drawn to the vibrant cosmopolitan community in Butetown, Rowena rails against the social and racial prejudices held by everyone above and below the canal bridge.

Spotted by producers whilst performing at a special gala concert for The Royal Welsh College of Music and Drama, Vikki was invited to audition for the principal role of Rowena and was overjoyed when the creative team selected her as their leading lady. In her first big break, she will perform alongside an exceptionally talented Welsh cast including award-winning and record breaking West End and Broadway actor & singer John Owen-Jones who will play the role of John Stuart, Third Marquess of Bute.

Speaking of her new role, Vikki said, “I couldn’t believe it when I found out I had landed the role of Rowena. She is such a unique and interesting woman and she comes from the village just a stone’s throw from where I live! Starring alongside one of the biggest names in musical theatre, John Owen-Jones is a dream come true…I doubt he remembers, but I’ve actually sung with him before and I can’t wait to be sharing a stage with him again.”

Vikki, who was awarded a scholarship from the Andrew Lloyd Webber Foundation to study at the Royal Welsh College of Music and Drama, will take on the role when the musical rehearses and previews at Artscape, Cape Town, South Africa in April and May.

Vivien Care, Head of Musical Theatre, RWCMD said, “We are terrifically proud that Vikki will be starring in Tiger Bay the Musical, and representing our professional Musical Theatre training at Royal

Welsh College. Everyone who worked with Vikki thought she was special; she has a glorious voice, acts with integrity and detail, is a hard worker and wonderful person to have around in a company, and she grew up minutes from where this story is set! The casting feels so perfect for her, we’re delighted and so glad she was spotted at our gala evening. The musical theatre training at the Royal

Welsh College focuses on being ready for any challenge the industry requires, so we are so excited for this next step in her career and can’t wait to see the show.”

Tiger Bay the Musical is a Welsh story of courage, reconciliation and love built from the multicultural community which still exists in Cardiff Bay today. Set to a rousing score from award winning Welsh composer Daf James – a cast of shop girls, sailors, donkeymen, suffragettes, immigrants and raggedy water boys will bring the atmosphere and sounds of old Tiger Bay to life. The musical recounts the story of growing conflict between the powerful Bute Dock Company and the Butetown community.

Graeme Farrow, Artistic Director at Wales Millennium Centre said, “It is really important that we involve the community every step of the way in this production. Hand in hand with that is our desire to cast local actors so the story of Tiger Bay is told authentically, with knowledge and passion. The Centre has a huge role to play in promoting local talent; we want to showcase the best that Wales has to offer to the world. Last month we announced the casting of our two young ‘Iantos,’ Louise and Ruby, both from south Wales and now we are thrilled to have found Vikki who we know will represent Rowena and Wales exceptionally.”

The world premiere of Tiger Bay the Musical is on Wednesday 15 November 2017 at Wales Millennium Centre in Cardiff and will preview in Cape Town in April and May.

Tickets are on sale now at wmc.org.uk. For all the latest news, follow @TigerBayMusical or go to www.tigerbaythemusical.com