Cardiff’s annual open air theatre festival opens its doors today, Thursday 22 June to an excited crowd, sunshine and super tidy burgers! Now the largest event of its kind outside London, organisers promise 2017 will be the biggest event in its 35-year history. 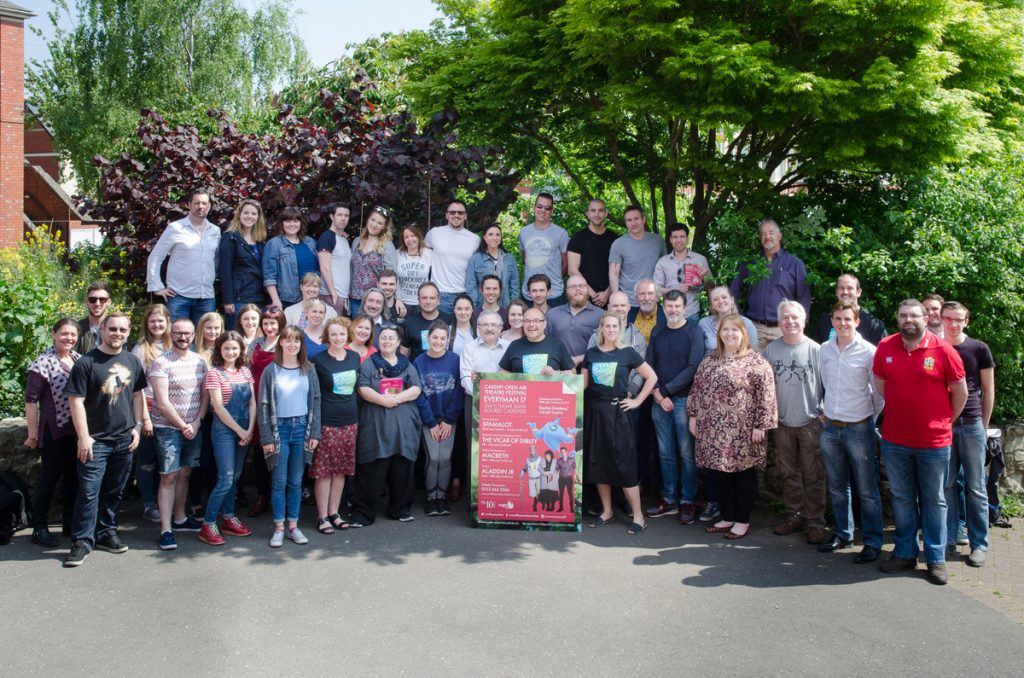 Macbeth, The Vicar of Dibley and Spamalot are among the seven shows being staged in Sophia Gardens during five weeks in June & July.

Ticket sales for the festival are at their best yet since moving to its Sophia Gardens home from St Fagan’s back in 2013. The event attracts 20,000 people to the park every summer. Festival director Paul Williams said organising it was like “birthing an elephant”.

He said: “We have a team of around 200 people working or volunteering at the festival. It’s such a big part of Cardiff’s summer. So many passionate people get involved, and it’s brilliant to see how much the audience enjoy it – it makes all the hard work worth it. We’re proud to offer theatre of the highest quality without an elitist price tag.”

Taking on the role of Macbeth in one of Shakespeare’s darkest dramas is Steven Smith. He played Bottom in an RSC production of Midsummer Night’s Dream to critical acclaim.

Newcomer Fiona Porter will play beloved Vicar Geraldine in an adaptation of the well-loved family sitcom The Vicar of Dibley. She said: “I’m thrilled to be bringing this wonderful and hugely loved character to the festival! Its always been a favourite of mine and I know the audiences will love what we’re going to do!”

Meanwhile Everyman stalwart Brian Smith, who delighted audiences as Blackadder in 2014/2015, will be taking on another comic historical role – King Arthur in Monty Python’s Spamalot. Also performing in Spamalot as the Lady of the Lake is Laura Phillips. Last year she played the Baker’s Wife in the festival’s acclaimed production of Sondheim’s Into The Woods.

As well as all this diverse drama and entertainment, we also have Disney’s Aladdin Junior, Everyman Youth Theatre presenting Twelfth Night for one night only, a cabaret night and a charity comedy night. Super Tidy burgers complete this year’s festival experience with the usual bottle bar and picnic area open from 6.30pm.