Huge fanfare, trumpets, cymbals crashing… is that La Marseillaise (the French National Anthem) booming out over the rooftops? It must be Wednesday, which means, The Wednesday W(h)ine. We’re pretty confident most of you have got the hang of this but, if you’re slow to the party, it’s that time in the week when you can really whinge about something, anything, while sipping a fairly decent bouteille du vin (see what I did there?).

Yes, we’re moaning about the French this week. “Zut alors!” I hear you belch, in your best comprehensive school French pronunciation. 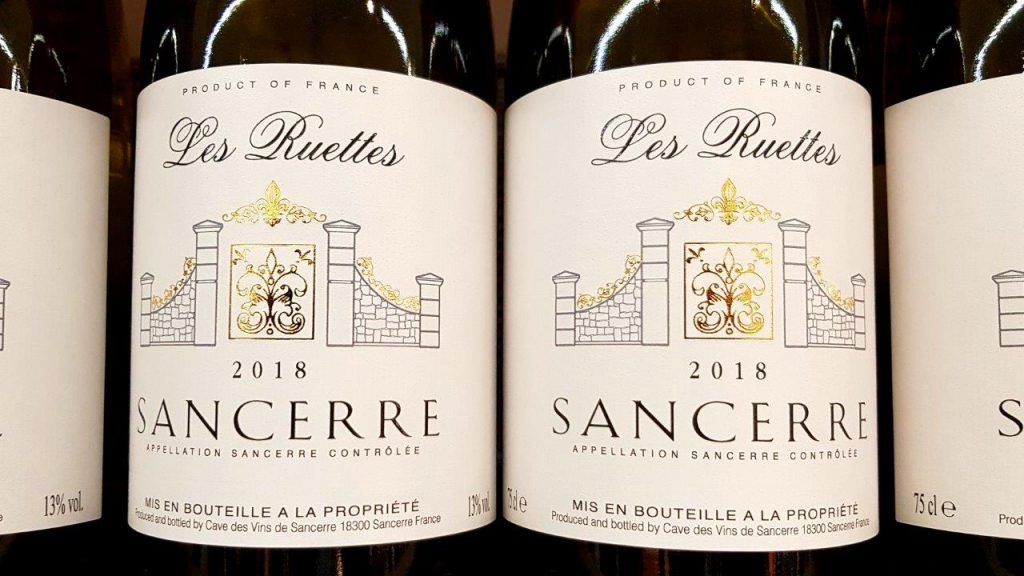 The whine…
What is it about the French? We’re having a little whine and a whinge about them. Why? Because they do it all the time about us (especially the grumpy Parisians). Sure, they’re all lovely and cuddly when we play them at rugby, but they basically think our food is merde (that’s French for poo) and they lump us in with the English when they’re not getting their way: fishing quotas, farm subsidies, Brexit negotiations etc. The truth is the French probably hate everyone. They certainly hate the Germans more than us. They possibly hate themselves more than anyone. I think Parisians hate the rural French and I’m pretty confident the feeling is mutual. I do love rural France but Paris is pretty noisy, a bit dirty, and Parisians are rude, and you’ll hear “c’est pas possible!” (that’s not possible!) a lot. But it is the city of love so, perhaps we’ll forgive them for all those things.

In fairness,  we haven’t, or the English haven’t, had a scrap with them for about 200 years and there is the Entente Cordiale, which sounds like a French version of our Ribena but isn’t. It was a series of agreements made back in 1904 to stop us throwing baguettes at each other – or whatever else was to hand.

The regions…
Now, one thing the French do extremely well is wine. They sure do know how to grow a grape. France doesn’t have counties, like Wales, it has “wine regions”: Bordeaux (Cabernet Sauvignon, Cabernet Franc, and Merlot grapes), Burgundy (Pinot Noir, and white Burgundy wines otherwise known as Chardonnay), The Rhone Valley (always thought it sounded German), is where the bargain red wines usually originate – Grenache, Syrah, and Viognier – nothing really wrong with them but…), Alsace (Pinot Blanc, Pinot Gris, and the German sounding Riesling), The Loire Valley (Sancerre, Vouvray, Pouilly-Fume and Muscadet), Provence (Chateau Pradeaux and Chateau de Roquefort – this is rosé country). Let’s not forget Champagne (we’ll revisit Champers at a later date) and there are other smaller regions which more than hold their own on the world wine stage.

You may notice I left Beaujolais off the list. Easy to do – it’s probably best drunk warm (and usually is) at tedious networking events and on Beaujolais Day. Gamay has a lot to answer for. Beaujolais may very well end up on the whine list later. 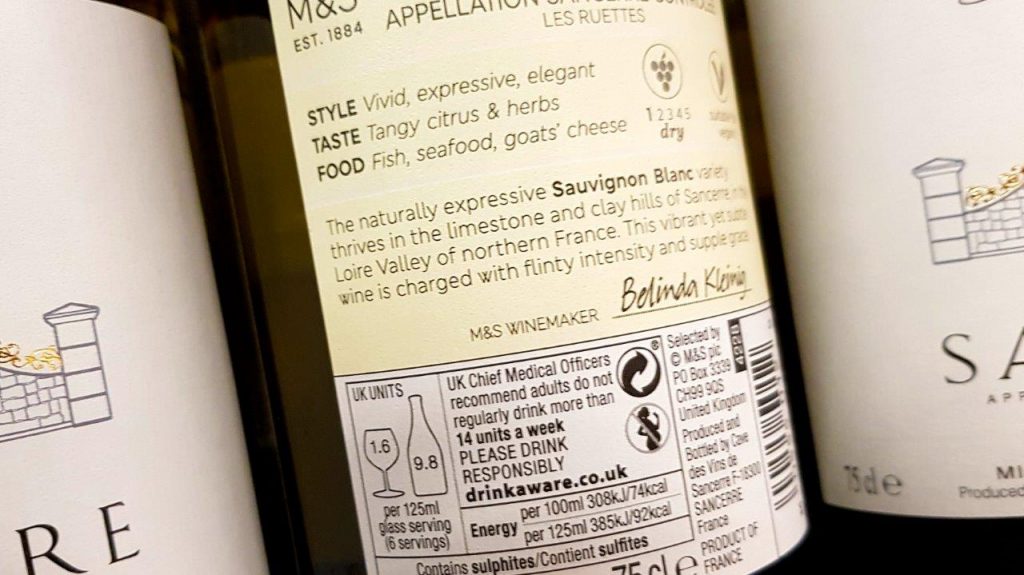 You just need to know one word: Sancerre. If you’re in any restaurant, anywhere in the world, and you don’t want to look like a complete peasant, just say, “Do you have a Sancerre?” (notice I didn’t say “s’il vous plaît”). Instant respect. There is no such thing as a bad Sancerre. There are just degrees of excellence. I was introduced to the pleasures of Sancerre by a smooth-talking sommelier while eating sea bass in a swanky restaurant in Bath and it was simply the best white I’d ever consumed. It’s a little like weed (apparently), if life is good, after one glass life will be wonderful. Unlike weed, if life isn’t good, it will be wonderful after a glass of Sancerre and even better after two, apparently (at least I have it on good authority). Anyway, here are the details if you want to purchase a bottle…

The wine…
Marks & Spencer
Les Ruettes 2018 Sancerre
£15 (and worth every penny).
75cl 13%
It’s dry but not excessively so. I mentioned sea bass earlier – it’s perfect with fish. It’s clean on the palate and has a lovely citrus undertone. Trust me, if you enjoy one bottle of this, you’ll be a Sancerre fan forever. You’ll notice the bottle carries the signature of M&S winemaker Belinda Kleinig who, together with her associate Sue Daniels know a thing or two about wine having recently curated the 400 strong Classics range for M&S. So if it carries Belinda’s name, you can be confident this is going to hit the spot. Quite simply, this 2018 Les Ruettes Sancerre is a truly elegant wine. There are other Sancerre’s available of course and my advice would be to drink every single one.

Verdict?
Sancerre is up there. A giant among white wines. Forget the French make it. Forget that Paris has a DisneyWorld. Forget they make Peugeots (the worse car I’ve ever owned). Forget that French air traffic controllers are the stroppiest air traffic controllers on the planet; let all your preconceptions go. You don’t need to go on a canal boat to enjoy it or read tedious French poetry. Just pop into M&S, grab a bottle and wave your debit card artistically at the self serve like you’re in a black and white movie (film noir). If you need help getting into character, buy yourself some shallots, you can always bin them later.