South-London legends Squeeze have announced an extensive run of UK dates kicking off on Oct 5th 2017 at Rhyl Pavilion and ending on Nov 6th 2017 at the Royal Albert Hall. 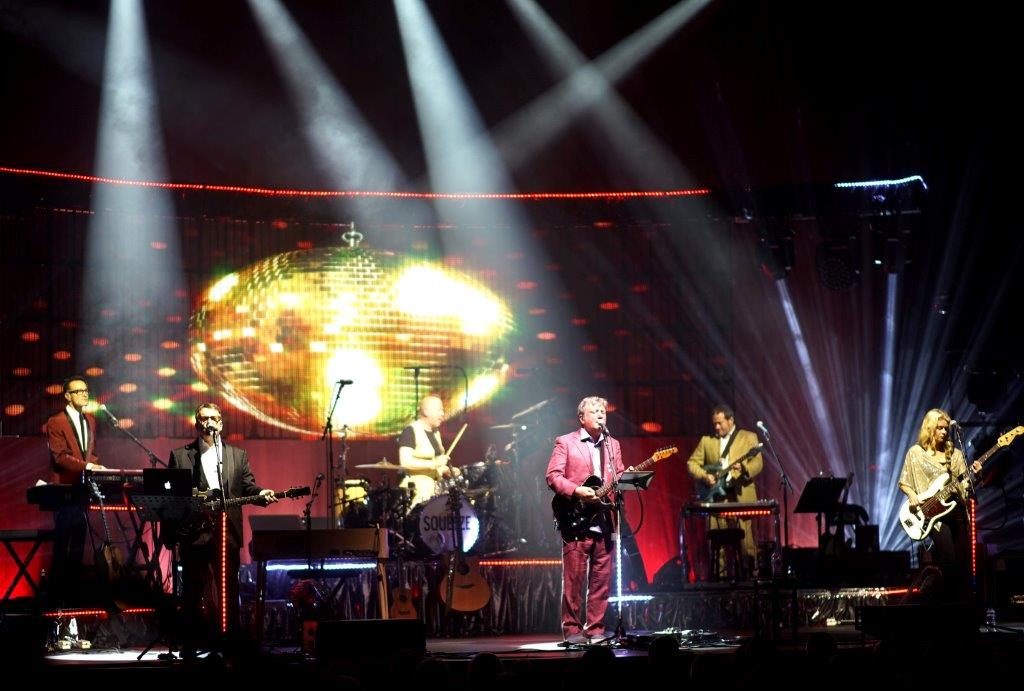 This follows the success of their North American tour in 2016 and the incredible reception to their latest album Cradle To The Grave. The band have announced they will be releasing their new album The Knowledge on the 13th October on Love Records via ADA Warner. Pre-order the album here: https://lnk.to/SQUEEZE

“Difford and Tilbrook deliver a rousing reminder of their talent for tuneful and touching glimpses of everyday life. ****” – Live review, The Guardian

“A crowd on their feet sang back new songs as though they were decades-old classics. *****” – Live review, The Times

Chris Difford tells us “I’m excited to say Squeeze are planning a new album release and a UK tour for 2017.  As I put pencil to paper to write some ideas for the next album I have to say how confident I am about our bands future. I’m excited that Nine Below Zero are opening up for us as they’re a band I have a huge amount of respect for. At last something to look forward to in 2017!”

Glenn Tilbrook adds “following on from our work in 2015 and 2016 which saw us scale new heights as a band, we’re working on the first new collection of Squeeze songs since 2015’s ‘Cradle To The Grave’. We will be honoured to welcome our old chums Nine Below Zero as support. Their new album of covers, ’13 Shades Of Blue’ is one of my favourite albums of this year.”

The band has long been a captivating live act, and this year triumphed on the Pyramid Stage at Glastonbury with The Guardian saying they “[went] down a storm… Squeeze’s success is a pretty infectious thing” and Acoustic magazine concluding that “they don’t have the bombastic hype of headliners Coldplay, but they have the songcraft and lyrical majesty to leave the headliners in the dust which they duly did.”

As well as a vast catalogue including hits such as ‘Cool For Cats’, ‘Up The Junction’ and ‘Tempted’, they also have Cradle To The Grave to draw on, their first collection of new tracks since 1998. This album marked the complete and, frankly, triumphant reintegration of the masterful songwriting axis of Chris Difford and Glenn Tilbrook, in a beautifully-observed series of fond vignettes about childhood, growing up and the absurdities of the ride through life we’re all on. The live band now features a six-piece line up with Chris and Glenn joined by Simon Hanson (drums), Lucy Shaw (bass), Stephen Large (keyboards) and Melvin Duffy (guitar and various instruments).

The album was written as a soundtrack to Danny Baker’s BBC TV sitcom ‘Cradle To Grave’ which starred Peter Kay. The lyrics were based on his autobiography about growing up in South London in the 1970s ‘Going To Sea In A Sieve’, which Chris and Glenn could relate to from their own experiences.

“Squeeze head Up The Junction on the journey back to success. ****” Live review, METRO

The band also hit the headlines around the world in 2016 when appearing on the BBC’s current affairs show ‘The Andrew Marr Show’ alongside fellow guest former Prime Minister David Cameron. On the spur of the moment Glenn Tilbrook decided to protest about government policy and deliberately changed the final couplet of the band’s song ‘Cradle To The Grave’ – http://bit.ly/20r33znThe incident sparked off a social media storm with 17000 people tweeting about it.

The group first formed in 1973, shortly after Chris Difford and Glenn Tilbrook had begun their songwriting partnership, brought together by an ad in a sweetshop window. By 1977 they had made their recording debut and enjoyed a string of hits which lasted until 1982, the maturity of their songs outliving their initial burst of chart activity on the back of New Wave. Over the years there have been solo careers and occasional separations, but the Ivor Novello Award-winning songwriting duo Chris and Glenn reunited nine years ago to relaunch Squeeze and have been touring, writing and recording together since.

Support on the tour comes from Nine Below Zero. Since their formation in 1977 the band have carved out a strong reputation as a live band, with The Crack magazine describing them as “one of the best blues bands in the country”. Their latest album 13 Shades Of Blue (2016) features a horn section, keyboards, violin and backing vocalists which Get Ready To Rock see as “them evolving into a full blown big band who tackle the kind of soulful, funk and blues related influences that have made them an enduring and cutting edge band”.