Even though I’m following the no sugar, no gluten, no grains and no dairy way of eating, doesn’t mean to say I expect the rest of the household to follow suit. I would however prefer them to eat non-processed packaged crap (no other word for it), which are so full of preservatives and flavourings, that they can’t be good for them, so I don’t mind every so often making them my home-made chocolate chip cookies. 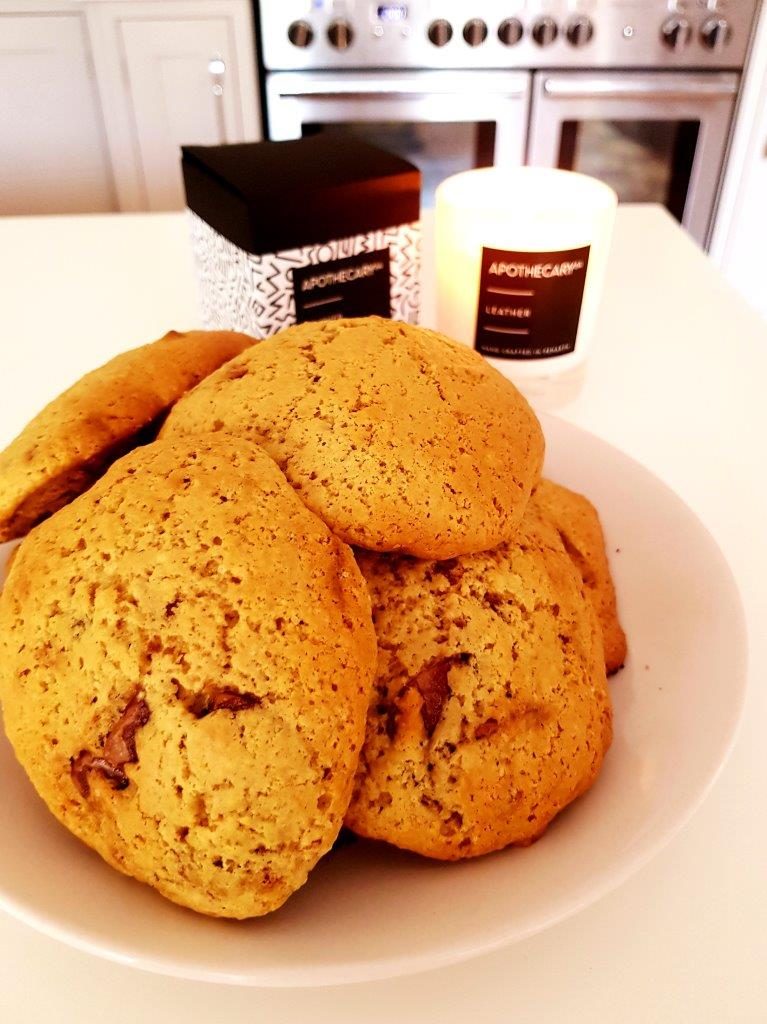 They may not be perfectly formed or uniform in size and shape, but they tell me that they are much better than the shop bought variety. They’re either just saying that to keep me sweet or they are just glad that they are getting their sugar hit however it comes!

Method
Heat oven to 180C/160C fan/gas 4 and line two baking sheets with parchment. Cream the butter and sugars together until very light and fluffy, then beat in the egg and vanilla. Once combined, stir in the flour, bicarb, chocolate and ¼ tsp salt.

Scoop 10 large tbsps of the mixture onto the trays, leaving enough space between each to allow for spreading. Bake for 10-12 mins or until firm at the edges but still soft in the middle – they will harden a little as they cool. Leave to cool on the tray for a few mins before eating warm, or transfer to a wire rack to cool completely. Will keep for three days in an airtight container.

Have a recipe you’d like to share with readers?
Drop us a line at hello@goodlifepublishing.co.uk and please include City Life Recipe in the subject bar.