I’m a bit of a Magpie! I love anything that glitters so when I saw a pair of lovely earrings in a local gift shop, I knew I had to have them. Green being one of my favourite colours, these definitely rang my bell. 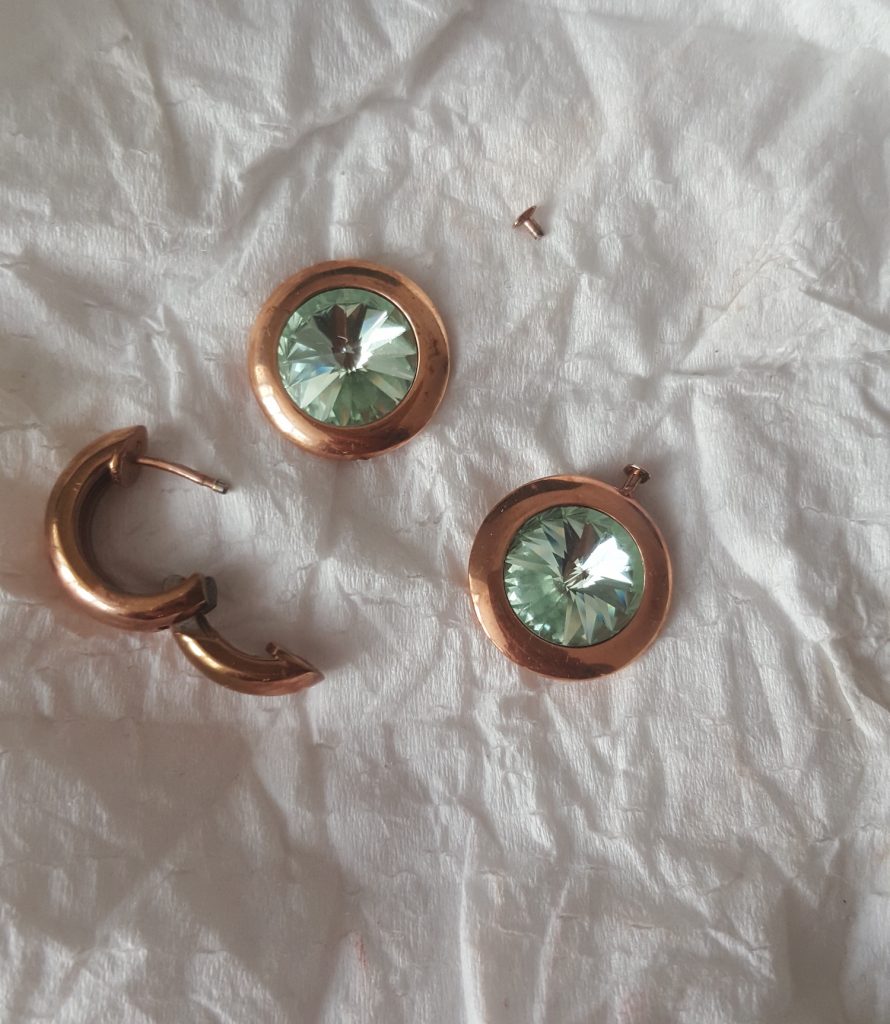 They were quite pricey, but I loved them so much I blew caution to the wind and went for them. I only wore them twice and when I tried to take the interchangeable bead off, the post disintegrated in my hand. I was so disappointed – after only two wears! Admittedly, this was four years ago but still, with only two wears under their belt, this shouldn’t have happened.

While I was passing the gift shop, I thought I show the owner. She wasn’t that sympathetic and said that as they were out of warranty, there wasn’t anything she could do and whilst I understood that, I thought it was important for her to know the fact that they had only been worn twice. Really, if I was a shop owner, I wouldn’t want to be selling goods that were sub-standard or poorly made.

Her colleague said that this had happened to another customer as well (perhaps she shouldn’t have ventured that – the owner didn’t look too pleased with her!). She advised me to take the earring to a jeweller to see if they could do anything. The colleague then said that the other customer had done this, but the jeweller said that as the metal was so flimsy, it wouldn’t work. So, end result, I am the proud owner of a pair of Qudo earrings that have fallen apart after only two wears.

I contacted Qudo HQ in the UK and explained what had happened and their only advice was to go back to the retailer. I explained that I had already talked to the retailer about it and advised their position and thought that Qudo would be interested in knowing that their earrings were falling apart after only two wears. Clearly not!

So moral of the story, for me anyway, is don’t buy Qudo earrings!