New wreaths have been laid at Alexandra Gardens to honour both Black and Ethnic Minority service personnel, and those who served and died in the Falklands War. The original poppy wreaths had to be replaced after they were damaged last week and placed by a litter bin. 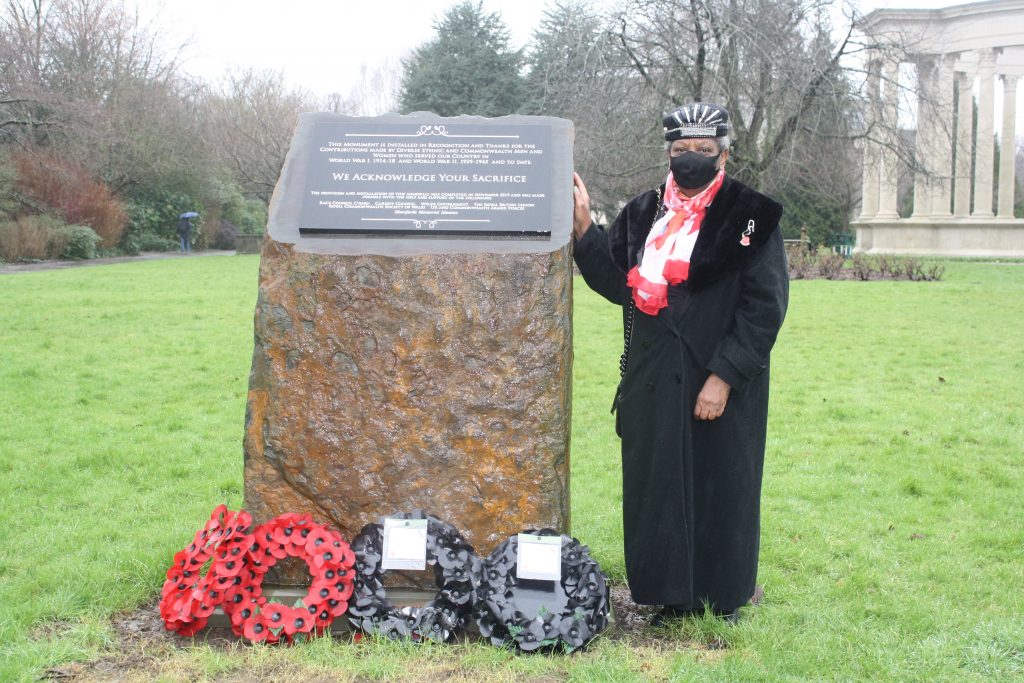 Leader of the Council, Cllr Huw Thomas, was joined by Race Council Cymru and Windrush Cymru Elders representative Roma Taylor, and Major Peter Harrison of the British Armed Forces, at a short, socially-distanced ceremony that took place today at noon at Alexandra Gardens.

Cllr Huw Thomas, said: “After the upset caused last week by the image of discarded Poppy Wreaths, I was honoured to join representatives from Race Council Cymru and the Armed Forces today to lay new wreaths at the two Memorials in Alexandra Gardens.
“I am pleased the original wreaths have been replaced so quickly, and we will secure them now against damage by weather. I very much look forward to the time later this year where we can hopefully all come together in a new ceremony that Cardiff Council and Race Council Cymru will jointly host, to give thanks and remember the service and sacrifice of Black, Asian, and Ethnic Minority service personnel.” 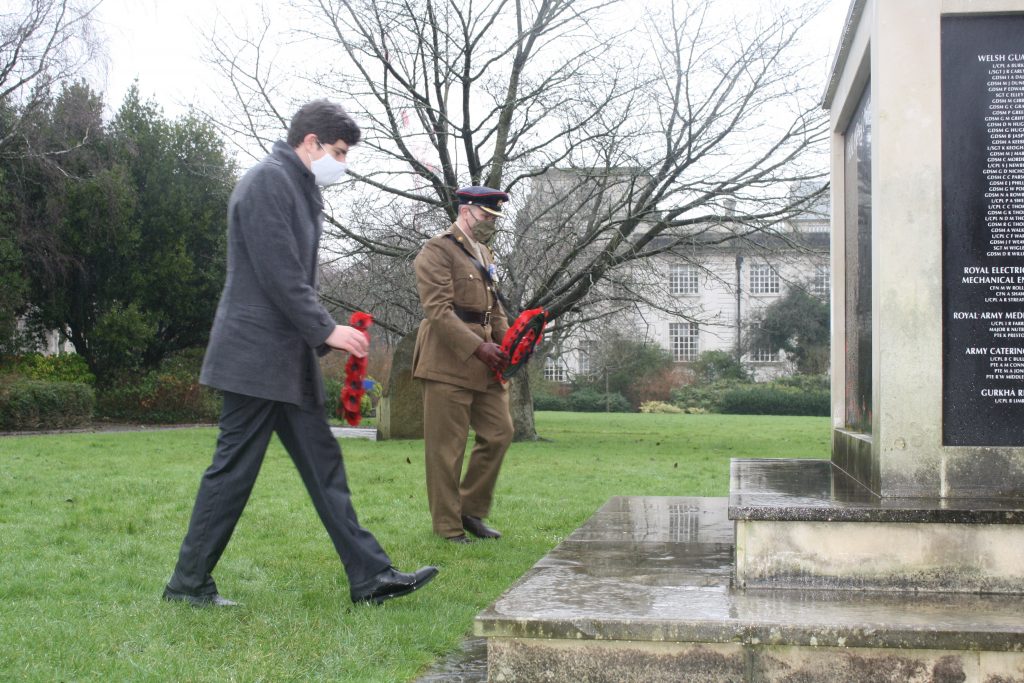 Cardiff Council worked closely with Race Council Cymru and other partners to install the monument in 2019, commemorating the contribution of Black, Asian and Ethnic Minority service personnel who served during the First and Second World Wars. It is the product of a lifelong campaign from the late Patti Flynn, whose father and brothers were lost in the war, and a monument which Patti saw revealed in her home city during the opening ceremony.

Judge Ray Singh CBE, Chairman of Race Council, Cymru said: “Today, our elder will be standing together with Cardiff Council and the British Armed Forces to lay new wreaths to ensure that Wales-based Commonwealth servicemen and women, who died in the wars are commemorated and their services recognised and honoured in a befitting manner. We thank Cardiff Council for their support and to all those who served and serve our nation in Wales, We Remember You.”

Both Cardiff Council and Race Council Cymru have agreed to hold an annual joint ceremony to recognise our Black, Asian and Ethnic Minority service personnel to ensure their stories are told to current and future generations.

Last week, the damaged wreaths were placed next to a litter bin in the park. However, as there was no CCTV footage available we are unsure how the wreaths became damaged. Given this, if anyone witnessed anyone vandalising the wreaths, please contact the police and provide any information you might have. It is possible that the wreaths may have been damaged by the wind and bad weather and then placed by the bin by someone who had seen them scattered around the park, but right now we don’t know what actually happened to them.

The council has also stated that from now on all wreaths will be secured to war memorials to protect them from wind or storm damage.
…

Have a story to share?
Drop us a line at hello@goodlifepublishing.co.uk