The judges of the 2017 Sony World Photography Awards today honour the work of Welsh photographer Nigel Hodson, whose image “Breakfast” is shortlisted as top ten in the world in the awards’ Open Wildlife category. 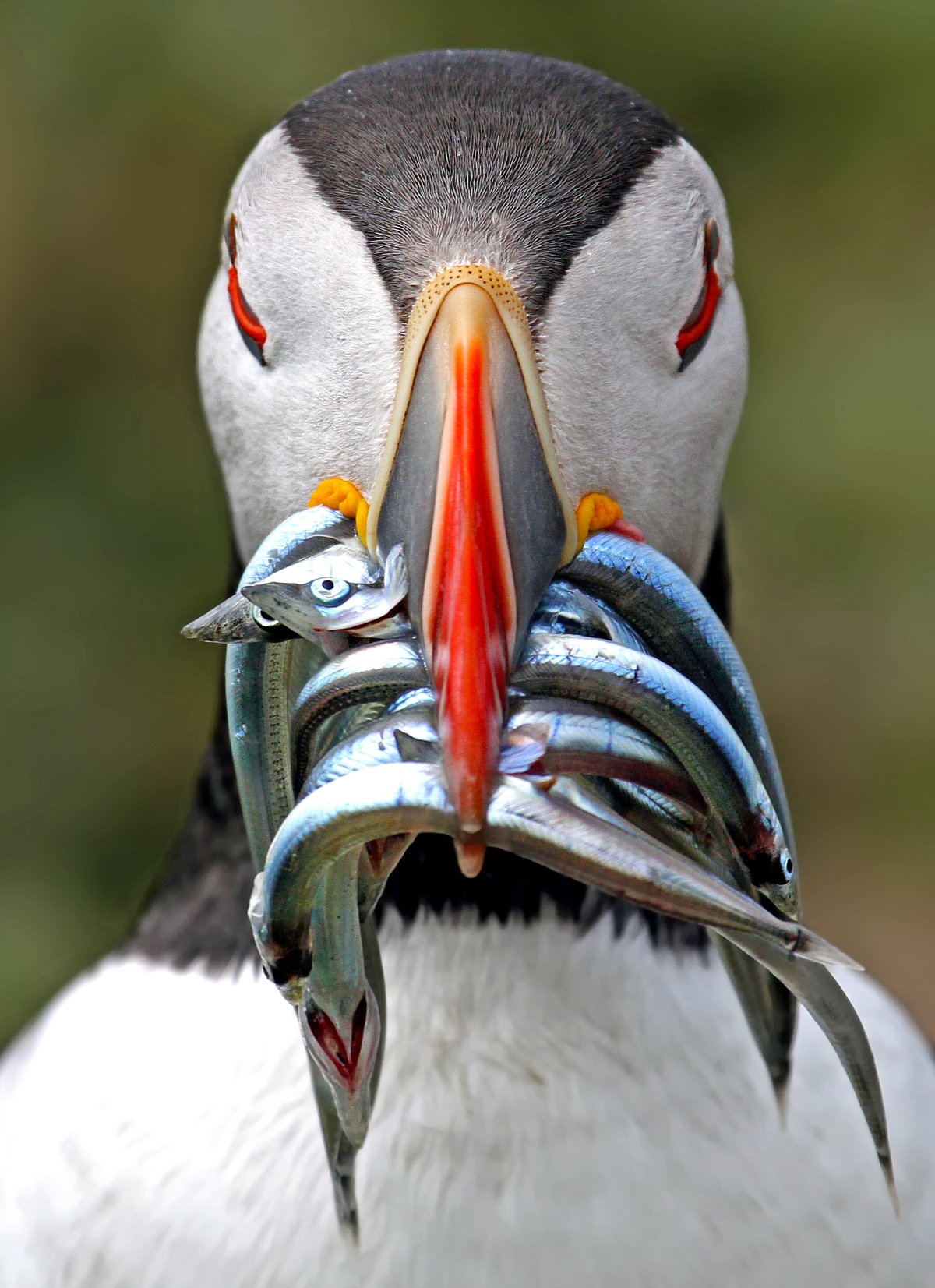 Over 227,000 images from 183 countries were submitted to the 2017 Sony World Photography Awards.  Nigel Hodson, who is based in Cardiff, is recognised alongside the shortlisted photographers of the Professional, Open, Youth and Student Focus competitions, all of which are also announced today.

In the Open competition, judges were looking for the best single images across ten categories, representing the finest contemporary photography today.

Nigel Hodson who was born and bred in Cardiff is a Project Manager for Wales & West Utilities but in his spare time loves taking wildlife photos. He took his shortlisted image ‘Breakfast’ during a summer trip to Skomer, a small Island off the coast of Pembrokeshire in West Wales. The image is of a puffin which landed directly in front of him, with a mouth full of sandeels, before disappearing down a hole to feed its young. Nigel chose this image as it shows a new perspective, an angry look, which is quite different to what you may expect to see from a little puffin.

Nigel quotes “Being part of the Sony World Photography Awards is a huge achievement for me. There are so many wonderful photographers out there and I am blown away to think that my image of a little puffin from Wales might reach a worldwide audience.  Hopefully it will bring them as much joy in viewing it, as it has brought me in creating it.”

Nigel Hodson will now compete to win the Open Wildlife category and the latest Sony digital imagery equipment – all ten Open category winners will be announced March 28.  From the category winners, the Open Photographer of the Year and recipient of the $5,000 cash prize will be revealed on April 20.

The photographer’s work will also be shown alongside the awards’ other shortlisted and winning images at the Sony World Photography Awards & Martin Parr – 2017 Exhibition in London from April 21-May 7.

Each year the awards recognize and reward the very best contemporary photography captured over the last year entered into any of the awards’ four competitions – Professional, Open, Youth and Student Focus. With 49 nationalities represented, the 2017 shortlists reinforce the awards’ international appeal and unique ability to present the greatest images taken by photographers from all corners of the world on a truly global scale.

Each of the four competitions are judged anonymously by internationally acclaimed industry professionals, carefully selected by the World Photography Organisation. For full list of 2017 judges, please click here.

Shortlisted images from across all competitions are available for publication at www.worldphoto.org/press