The Marriott Hotel in Cardiff has had a forsaken area of its building’s exterior renovated into a unique work of art. 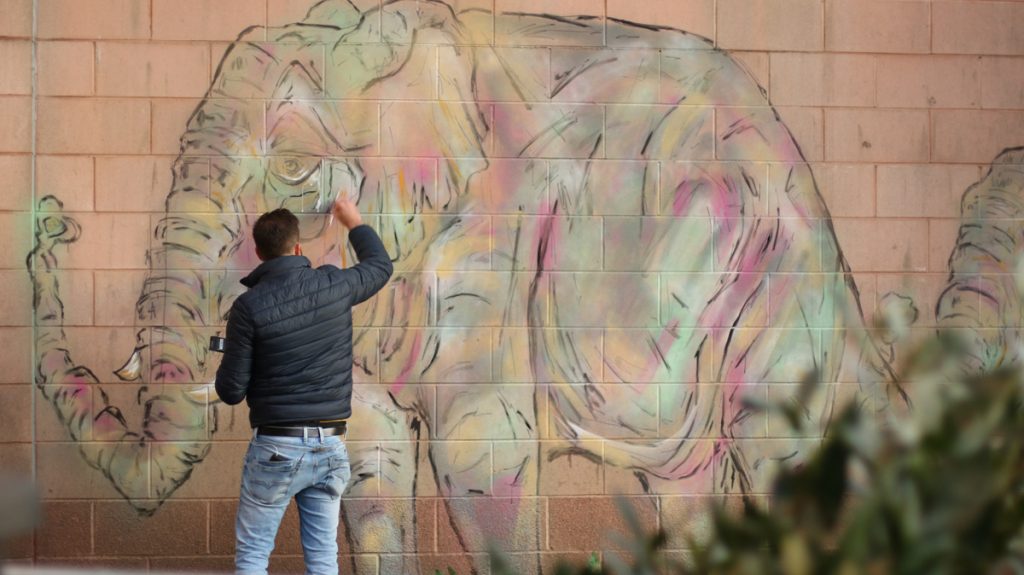 This comes as part of the Cafe Quarter’s 25th anniversary, which has seen ongoing celebrations through artistic events in the area throughout the year.

The painting on the hotel’s wall facing Mill Lane was created by the artist and animal welfare activist Matt Shapira. Throughout the course of a day, the L.A based painter transformed the neglected wall into a breathtaking mural of an elephant.

Mr. Shapira has painted elephant murals all over the world for his Roaming Elephant campaign. On why he decided to bring his work to Wales, he said: “There isn’t much of an elephant influence here. When I bring elephants in front of you, you will see elephants everywhere. The impact of painting and conveying a message makes people want to believe in something they hadn’t believed in before. It makes them want to get behind a movement.”

The significance of the elephant lies in the importance of safe environments across the world, including here in Cardiff. The mural will aim to act as a reminder to take care of our home surroundings and those living within it. 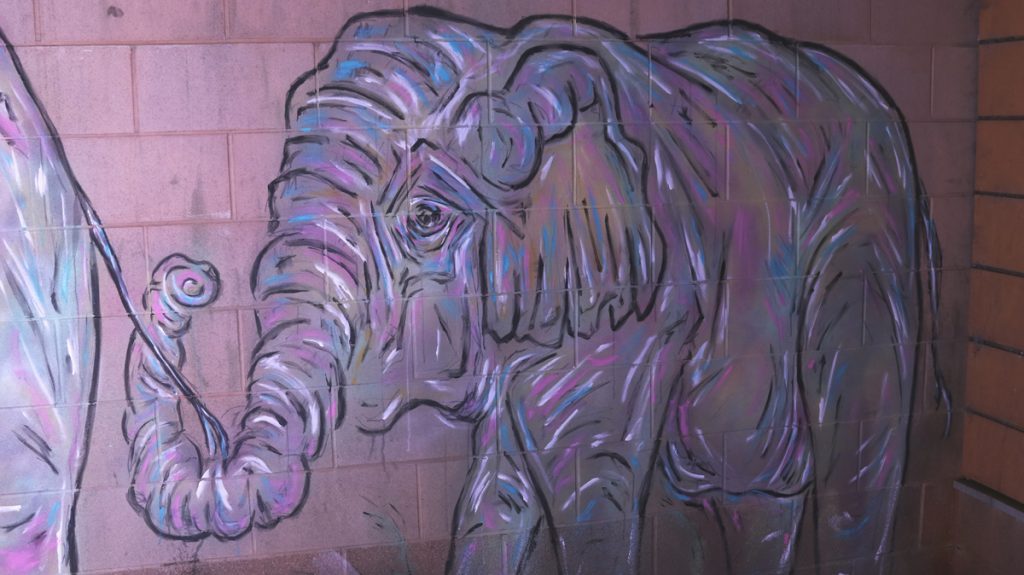 The Marriott Hotel is just one of Mr. Shapira’s many stops in Wales. He has been exploring and creating artwork at numerous places throughout the country, including the beautiful countryside of Pembrokeshire, a derelict pub in Swansea and the bright lights of Cardiff’s Winter Wonderland. The work he created at the Winter Wonderland has been donated to the UK children’s charity, NSPCC

Mr. Shapira has been lead through his journey across Wales by fellow artist enthusiast Gez Couch, and the owner of Giovanni’s Restaurants and the pioneer of the Cafe Quarter, Giovanni Malacrino.

The celebration of the Cafe Quarter’s anniversary this year also saw the formation of The Mill Lane Arts Week by Art alfresco in the summer. The event brought local artists, families, students, and tourists to the area. The ‘touch of Paris’ inspired event encouraged people to get in touch with their creative side through a range of al fresco art activities

These events are to mark The Cafe Quarter’s conception by Mr. Malacrino 25 years ago when it became the first ever purpose build al fresco dining area in the UK.

Giovanni’s Restaurants is the longest running local Italian establishment in Cardiff, creating magical moments for Cardiff residents and guests alike for over 35 years.

For more information on The Cafe Quarter or Matt Shapira please contact: pressmanager@giovanniscardiff.co.uk