A Cardiff biker rides around dressed up as a character from Sesame Street in a bid to make people smile! 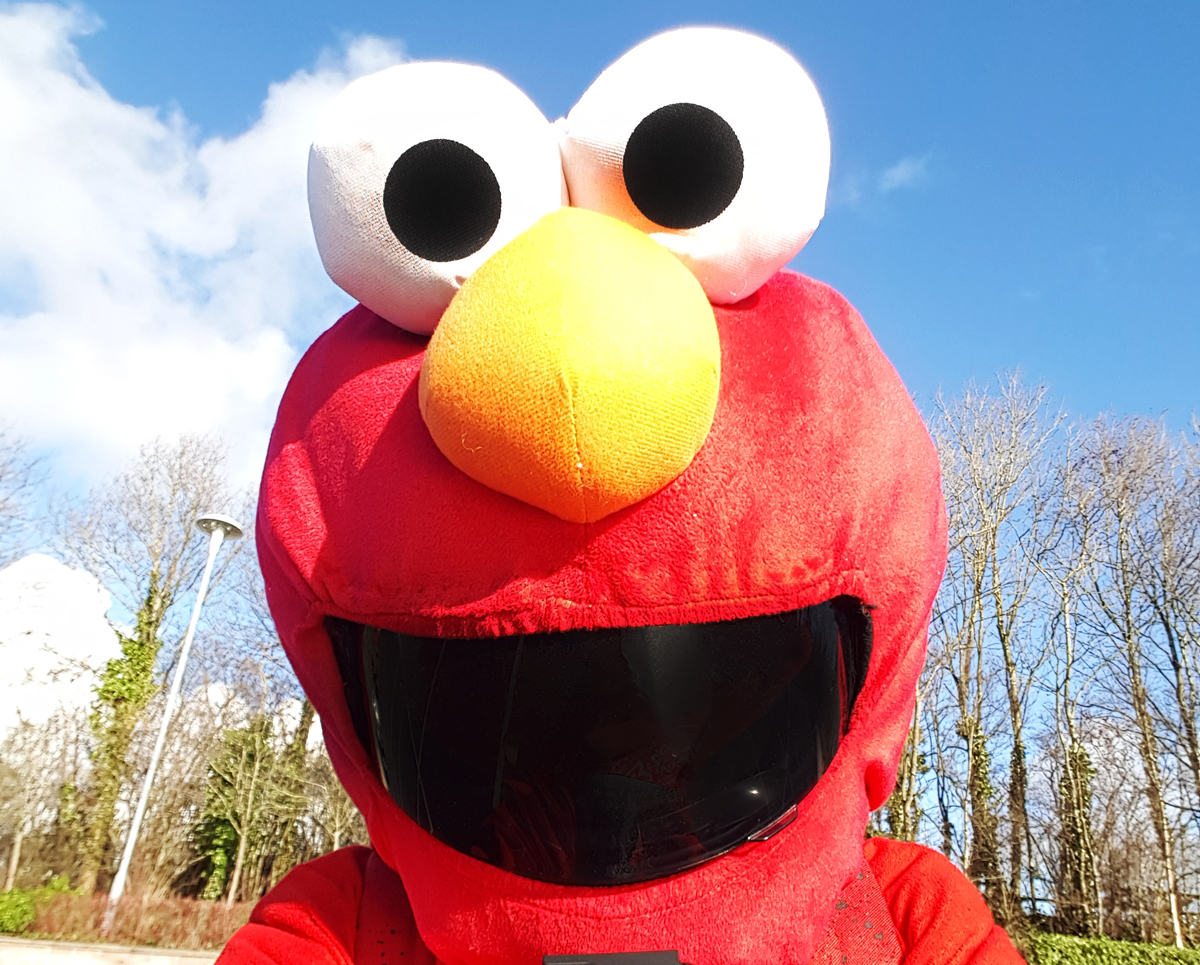 This biker, known as CRDF Rider, or Elmo, usually dressed in a red onesie, red trainers and wearing a helmet featuring the face of Elmo, has posted videos of some of the reactions they get while out riding the city’s streets.

The rider, who wants to remain anonymous, started dressing up as the character to make people laugh.

This is how it started:
“It was a cloudy Sunday and I had an ‘Elmo’ helmet cover from a seller on eBay, even though it didn’t look like the character, I wore it anyway to see what reactions I would get while out riding, also throwing on some red clothing as well”

“I never thought I’d get the reactions that I did, and still do” they said.

“I’ve had people from all ages either smiling, pointing at me, laughing, shouting Elmo, waving, taking photos, recording videos, flashing their lights at me, honking their horns at me, giving me a thumbs up, and also giving me the most shocked and confused faces I’ve ever seen, it’s crazy!”.

“I always have my helmet camera on due to previous bike accidents and it was funny looking back at the footage when I got home after that first day of doing it, so I decided to make the whole thing into a YouTube series called ‘Day With Elmo’, these show the reactions I get while I’m out”. 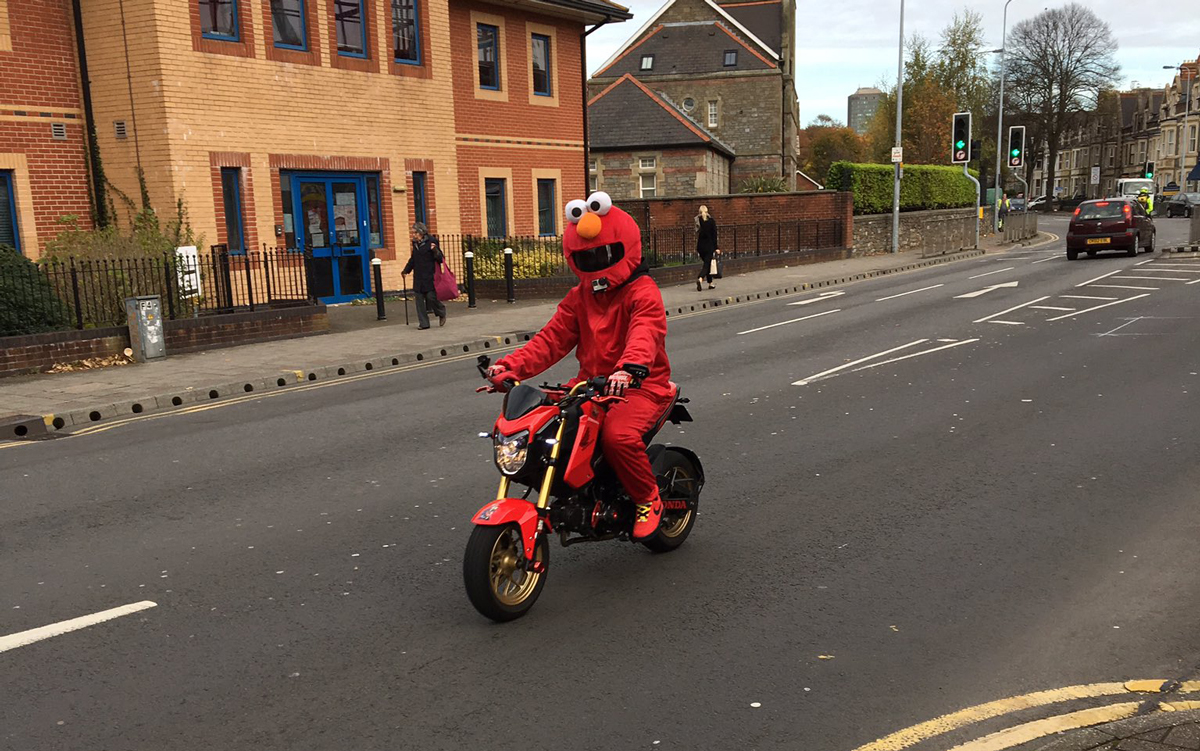 After the initial positive reactions, the rider said they wanted to dress as the Elmo character regularly, so they decided to splash out on an actual Elmo costume.

“I gutted out the head, added some elastic and velcro, then re-stitched it so it would fit onto my helmet easily, and be easy to remove to wash as well, and it’s a lot better as it now actually looks like the Sesame Street character”.

“I also purchased a different action camera so I could mount it better on my helmet to get a better view of people from both sides of me”.

“Along the way I’ve also purchased a better onesie, red trainers with flashing LEDs at the bottom for extra fun, some spam cards to hard out to people so they can easily look me up online, some new gloves so my hands don’t freeze in these winter months, also a backpack with a smaller Elmo beanie hanging out of the back pocket to make the people behind me smile too”.

“It takes a lot for me to do either, but I’ve found doing what I do also helps me with my anxiety issues, because while I’m out riding I have people stop and ask me about the whole Elmo look, so it gets me talking to new people, and I’ve had a lot of attention online too from other riders in the area who would love to also dress up as muppets and join me on my rides”.

“I also ride to de-stress and to take my mind off things, and since I started doing this whole Elmo thing, it’s helped a lot when I’m feeling low, as I’ll go out and make people laugh and the reactions I get make me happy too, so it’s a win-win for me”.

The rider usually goes out dressed as Elmo during busy times, when school and work ends during the week, and throughout the day on weekends.

“It’s funny going past schools when the kids come out and they start screaming at me with excitement”.

“Also if people have had a bad day at work, it’s nice to know they can see me and smile, same goes for the elderly too, if they’re alone and going back to an empty house, it feels good to know that I’ve gone out and made them smile/laugh, even if it is just for a minute.