Barry resident Jeanie Rebane had an unusual UFO experience while driving last night. So moved by the event, she posted her drawing and her account of her experience on Facebook. 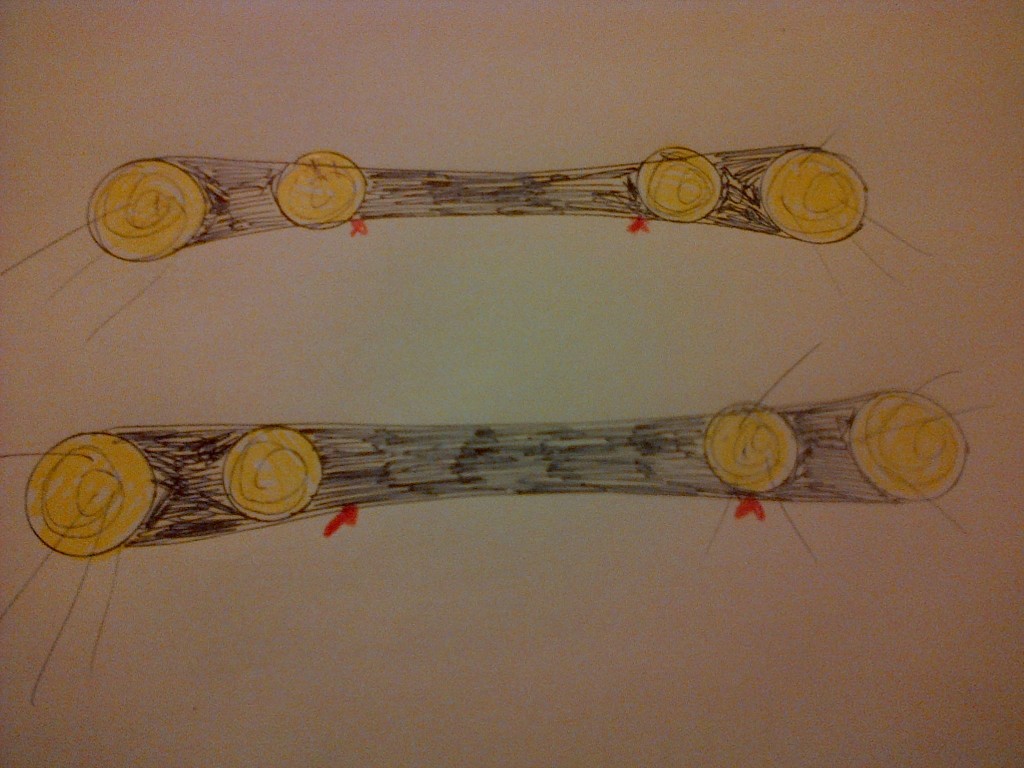 Jeanie noticed two craft when she was driving down Salisbury road at 10:30pm last night. “I was about halfway down when suddenly this plane/craft/ufo with a wing span/s of nearly the width of the street, and so low it was just above the rooftops, was coming towards me. Then I saw there was another one just behind it that appeared to be following it. There was barely any noise and both were moving very slow. I was transfixed as they were so big, then they both glided off to the left over the houses at the top of Porthkerry Park. I couldn’t see any cabin or even the shape or body of plane just the huge big white lights, also it has smaller red lights (see drawing) underneath. It was awesome but freaky!”

Jeanie wondered if anyone else had seen anything like it? One of Jeanie’s Facebook friends, Carole Jenet, commented that she had seen them as well. “I saw them too and thought they were just two very, very strange planes. I was standing on the patio at 11pm, in Sunbury on Thames, on the river. I was facing south and these two planes/flying things came from behind me over the roof and headed towards the south coast. As we are near Heathrow I just thought they were huge planes of some kind, but we are not in the flight path here and there was no noise from any engines and the two were very low in the sky! What the hell were they?

Carole, who was staying with friends adds, “The lights were extremely bright on these things, far brighter than a normal plane.” carole speculated that they may have been Russian surveillance planes giving the UK the once over but as she says, “They were very slow moving and no noise!”

We’d be interested to know if anyone else had a similar UFO experience last night either in Cardiff or along the suggested flightpath towards London.
…

Barry is near Cardiff, the capital city of Wales. Barry is famous for many things but the filming of Gavin & Stacey certainly put Barry and Barry Island on the map.

If you’d like to keep up with events on Barry Island, please visit www.facebook.com/BarryIslandLife