Keen cyclists, thrill seekers and fun lovers from across Wales are being encouraged to sign up for a team challenge like no other. 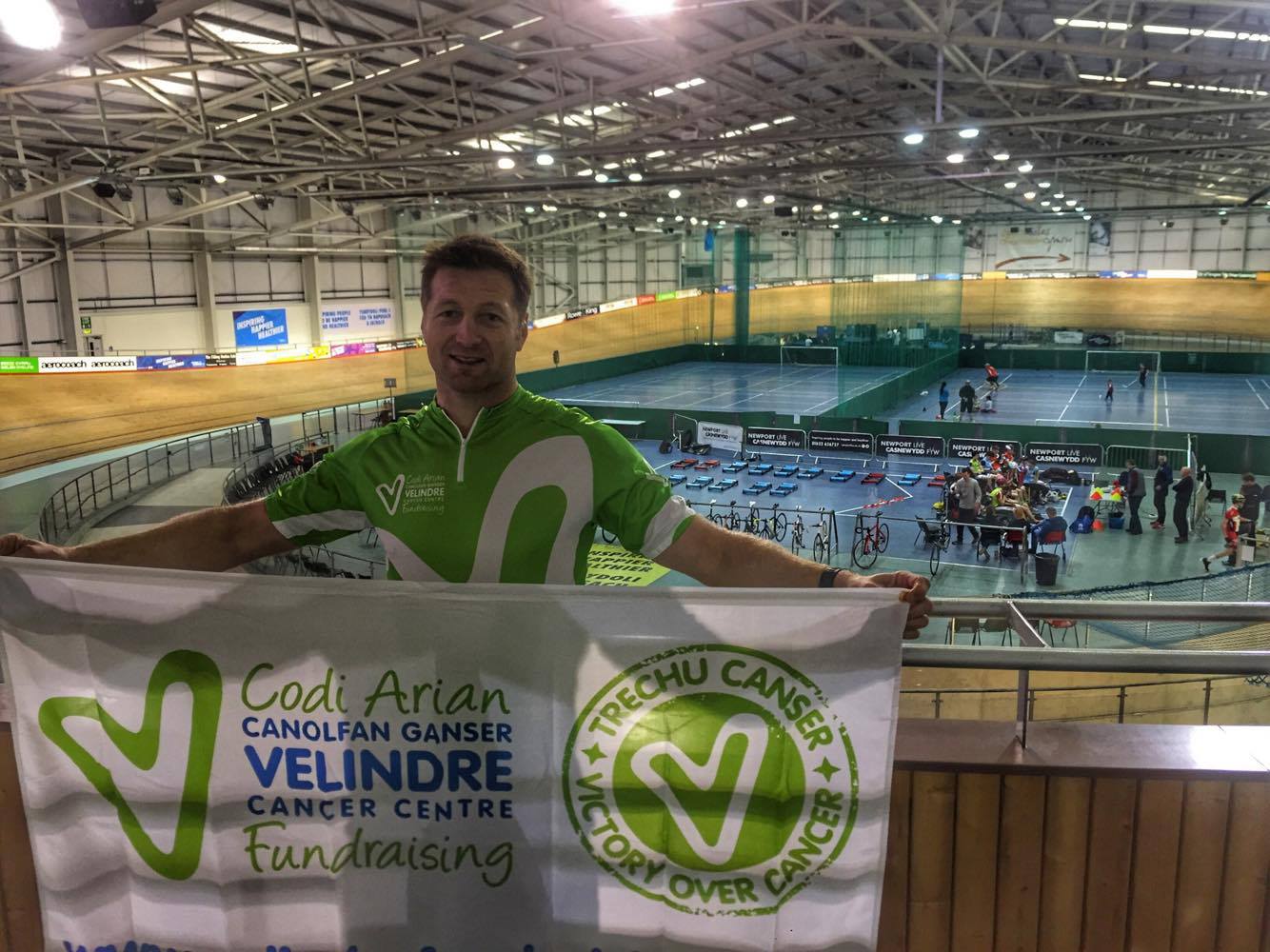 Cyclone24, the UK’s only 24 hour velodrome challenge, returns to Wales this October for its 3rd consecutive year. Having already raised over £60,000 for local charity, this year Cyclone24 has announced Velindre Cancer Centre as its official charity partner for the 2017 event which will take place on Sunday 22nd October at Wales’ National Velodrome.

Velindre is now encouraging as many business people as possible to swap their suits for lycra and take on the challenge which will see riders battle physical exhaustion and mental fatigue as they relay ride continuously for 24 hours. What’s more, Velindre are offering you the chance to have a celebrity team captain, as their Patron Shane Williams, Ambassador Sean Holley and ex-Wales second row sensation Ian Gough have keenly agreed to lead teams and take on the epic challenge themselves.

Zoe Westerman, Director, Cyclone24 said “Velindre really make a difference to people when it’s needed the most, supporting not only the patient but the whole family. We hope to see our Cyclone24 participants raise as much as possible for Velindre as we are very proud to be partnering with them for 2017”.

Businesses and cycling clubs alike are being encouraged to take on the endurance relay, with several local businesses already signed up including event sponsor Stills Branding.

Michael Locke, Velindre, said:  “It’s such a great opportunity for Velindre to be involved in an event as unique as Cyclone24. When we approached our Star Captains they couldn’t wait to be involved, and we really hope their enthusiasm encourages teams to be a part of it! The money raised will enable Velindre to continue the ground breaking research, and maintain the highest levels of care and cutting edge treatments for cancer patients and their families in Wales.”

The challenge clock starts ticking at midday on Sunday 22nd October 2017, when 24 teams of six will descend upon the velodrome track to take on 24 hours of continuous track relay cycling.

If you think you’re up for the challenge and would like to support Velindre Cancer Centre please email enquiries@cyclone24.co.uk