Five members of staff from one of Cardiff’s fastest growing law firms will be donning colourful bras and walking 26.2 miles through the night in aid of breast cancer research. 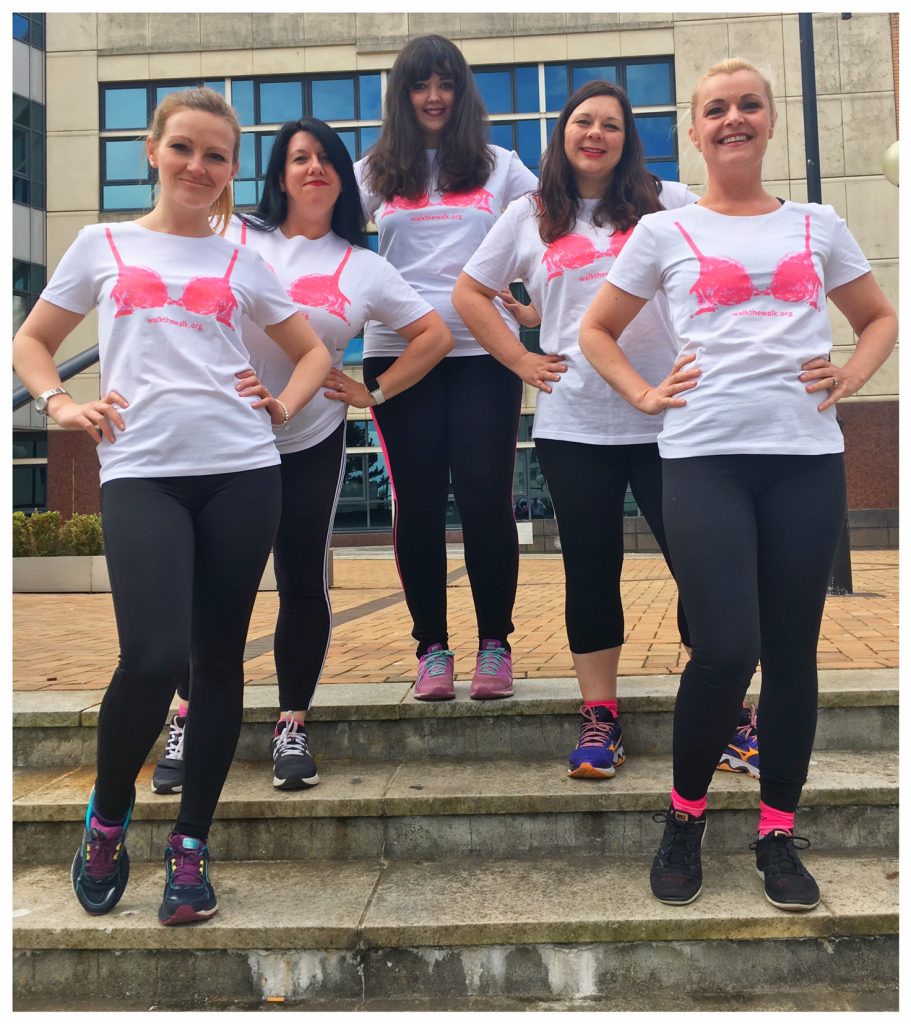 The intrepid bunch from Clarke Willmott LLP includes Vicky Kells, Clare Gregory, Bethan Evans, Sharon Fair and Laurie Jefferies who are aiming to raise at least £1500 for Walk the Walk which organises the popular MoonWalk event.

The team are now in final preparations for the event which is taking place on 13 May. Starting and finishing on Clapham Common in London the route will see the team pound the streets of the capital taking in some of the city’s best known landmarks on the way.

Now in its 20th year, the London MoonWalk is part of a fundraising event which has now raised in excess of £100 million for vital breast cancer causes.

Walk the Walk is a grant-making charity which provides funding to projects and campaigns that are involved with breast cancer and grants funds to where it will make the most difference.

Vicky Kells, Head of the Cardiff office said: “Some of us have done the MoonWalk before and it’s a fantastic event. Thousands of people take part, including some men, and the camaraderie is like nothing else

“To walk through the streets of London at night is also an atmospheric experience and you get to see things from a completely different perspective.

“We’ve been hard at training and although our legs might feel a little tired by the end of the walk, it’ll be nothing compared to what those diagnosed with cancer have to endure so it’s something we can put up with for just one night.”

Anyone who would like to sponsor the Clarke Willmott team can donate via its everydayhero web page https://moonwalklondon2017.everydayhero.com/uk/team-underwire-on-fire

Clarke Willmott LLP is a national law firm with seven offices across the country, including Birmingham, Bristol, Cardiff, London, Manchester, Southampton and Taunton.