Cardiff auctioneer Ryan Beach, the principal at Anthemion Auctions, is due to star in a new TV show which will be airing on Saturday the 29th April at 2.30pm. 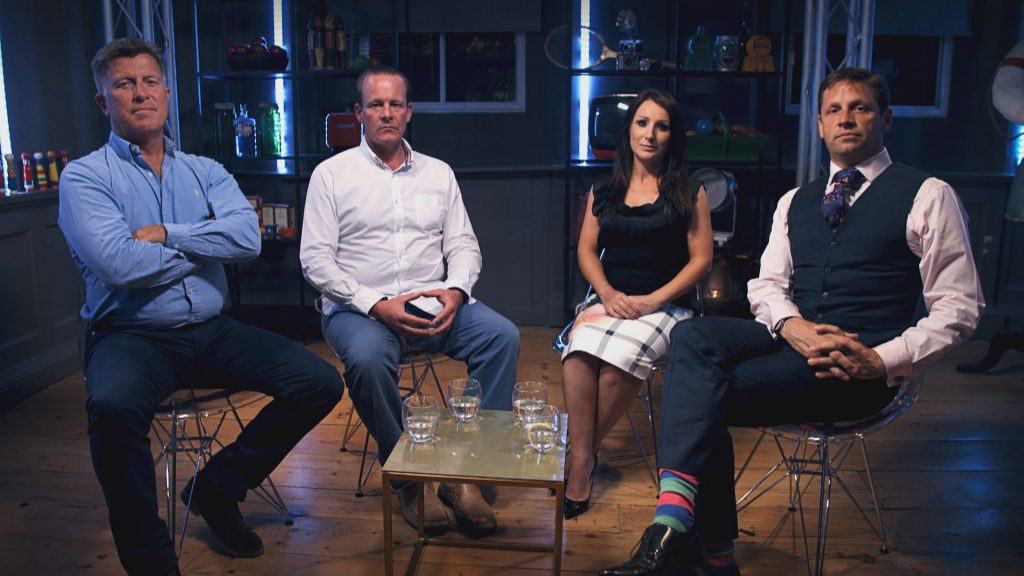 “The auctioneers” pits four seasoned auctioneers from around the country against each other, in attempting to sell the unsellable. The premise of the show is that each auctioneer must compete to convince owners of items that have given up all hope of being able to sell, that they are the most capable candidate to take on the challenge. Using their years of auction, sales and marketing experience and extensive contacts, together with a lot of charm, they must then attempt to negotiate a successful sale and make the most money for the owners.

Auctioneer Ryan, who has run Anthemion Auctions in Cardiff for 17 years, following a successful start to his career in Phillips auctioneers, is given a timescale in the show in which to orchestrate the sale of one of a variety of weird and wonderful items. The eccentric items the top sellers will be competing over include: a sitar, a paragliding kit, a cricket bat, a Formula 2 Hovercraft, which was once used by Guy Martin in the TV progamme “Speed”, and a fairground carousel horse.

As part of the research on the items, and filming for the show, Ryan was thrilled that he got the opportunity to actually drive the Formula 2 hovercraft, which, having no brakes or steering wheel, was no easy feat.

The other auctioneers starring in the show are Johnny Gould, a freelance auctioneer for large charity events, Jessica Wall of Stamford Auctions, and Jasper Marsh of Holloways auctioneers in Banbury Oxfordshire. With the current popularity of programmes dealing in auctions and antiques, particularly in a contest platform with high stakes, the pilot programme is expected to be very popular both locally and nationally.

As the director of the only professionally qualified auction house in the Welsh Capital, and even with twenty years of auction experience behind him, Ryan concedes that the programme takes his skills into new territory, and has definitely brought out his competitive side.

Anthemion are able to value and advise on a vast range of goods and their suitability for auction under Ryan’s expertise. For any queries please contact them directly on 02920 47244 or anthemions@aol.com